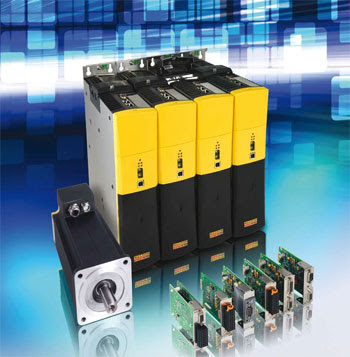 Baldor Electric Company (NYSE: BEZ) is announcing even greater flexibility for one of the most versatile servomotor drive ranges in the world. The e100 drive family has been re-engineered to become compatible with no less than three industrial Ethernet standards – EtherNet/IP, Modbus TCP and Powerlink – as well as standard TCP/IP networks and Baldor’s own highly popular Mint system building environment. The drives offer system builders a choice of servomotor, closed-loop vector or V/Hz motor control modes, combined with an array of features and configuration options that provide exceptional versatility of use.

The new drives are versions of Baldor’s e100 single- and three-phase drives. Up to now, these drives have been compatible with the real-time Powerlink Ethernet standard, TCP/IP and Baldor’s Mint system building environment. With this release, Baldor upgrades the capability of the drives to additionally be configured for EtherNet/IP or Modbus TCP networks. These two communications protocols greatly extend the applications potential of the drives in PLC-controlled applications.

Baldor’s MicroFlex e100 and MotiFlex drives have earned a reputation for being extremely easy to configure and use – through features such as wizard application software which removes the traditional complexity of drive set up.

The drives also offer many novel hardware capabilities that PLC users can benefit from. The three-phase drives are energy efficient, offering a DC bus system that can share regenerated power with other axes. As well as their own local I/O and CANopen expansion, many drives also have option card slots, providing a high degree of configurability for specific applications including almost all fieldbuses. Other features include universal encoder feedback input, and programmable notch filters to eliminate mechanical resonance effects, as well as the ability to be used with servomotors, closed loop vector motors or in V/Hz motor speed control modes.

“Our new drives support multiple standards – out-of-the-box – at no extra cost and without any need for plug-in cards,” says Baldor’s product manager David Greensmith. “They provide system builders with a universal drive platform that can be used in many different ways to suit different customers and applications – from standalone motion control systems to networked systems hosted by PLCs or other devices.”

In addition to the new drive functionality, Baldor now supports all of the Ethernet networks on its NextMove e100 motion system and machine controller. This combines network control capability with control facilities for up to seven analog or stepper drives, and may be used standalone or in conjunction with PLC or PC hosts.